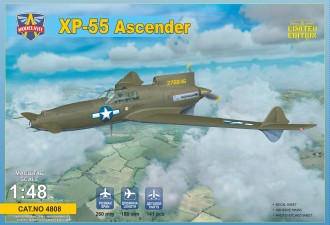 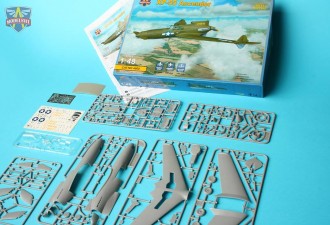 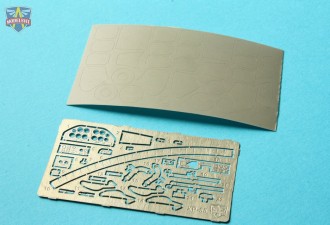 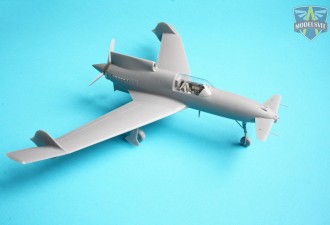 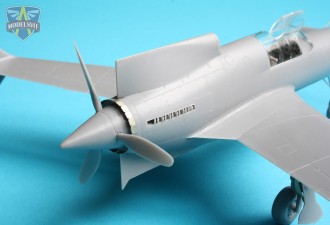 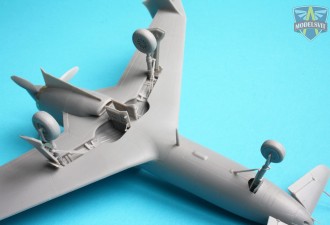 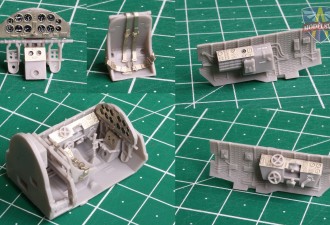 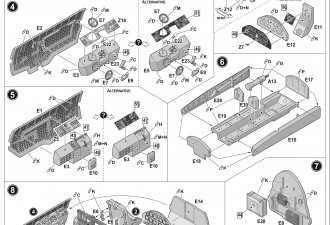 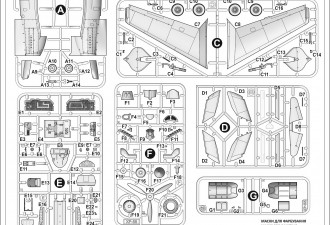 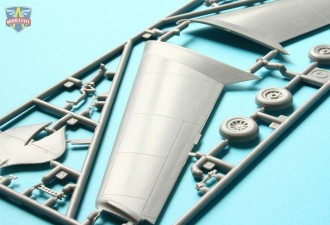 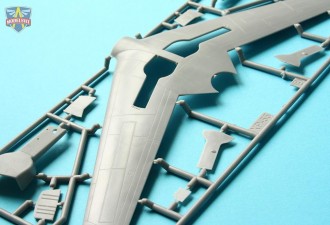 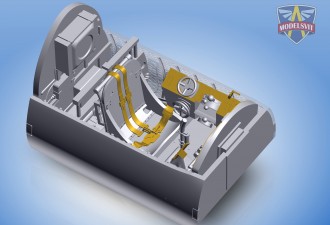 All selected finalists came up with the concept of a pushing engine. Curtiss-Wright’s concept had a canard configuration with swept wing.

On 22 June 1940, the Curtiss-Wright company received an Army contract for preliminary engineering data and a powered wind tunnel model. The USAAC was not completely satisfied with the results of these tests, and Curtiss-Wright took it upon itself to build a flying full-scale model, which it designated 24B (or CW24B). The flying model was originally built on a   1:1 scale. After checking the results in June 1942, a contract was issued for the construction of 3 prototypes.

The new fighter received the designation XP-55 "Ascender". It represented all-metal monoplane with a rear-mounted engine, swept wing, and two vertical tails. In the tail section behind the pilot's cabin was located the Allison V-1710-90 water-cooled engine with a take-off power of 1,275 hp. The three-bladed propeller had ability to be ejected in emergency situation. The air intake above the engine and the radiator below formed a vertical fin.

The first “Ascender” prototype flew on July 13, 1943. Initial testing revealed that the takeoff run was excessively long. To solve this problem, the nose elevator size was increased and the aileron up trim was interconnected with the flaps so that it operated when the flaps were lowered. On November 15, 1943 this plane was destroyed during tests of stall performance.

The second prototype was similar to the first but with a slightly larger nose elevator and modified elevator tabs. It flew for the first time on 9 January 1944. All flight tests were restricted so that the stall zone was avoided.

The third prototype received 4 machine guns and  aerodynamic improvements. It maiden flight took place on April 25, 1944. Designers revealed crucial disadvantage of the used aerodynamic scheme- insufficient stability. It crashed on May 27, 1945 during an air show.

By the end of 1944 jet-powered fighter aircraft were already well along in development and there was no further development of the XP-55, so it  program was closed.

The second prototype, currently being in the US National Air and Space Museum of Washington was used as a master model for our scale-kit. 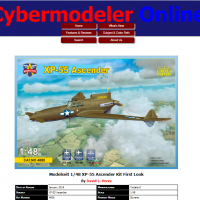 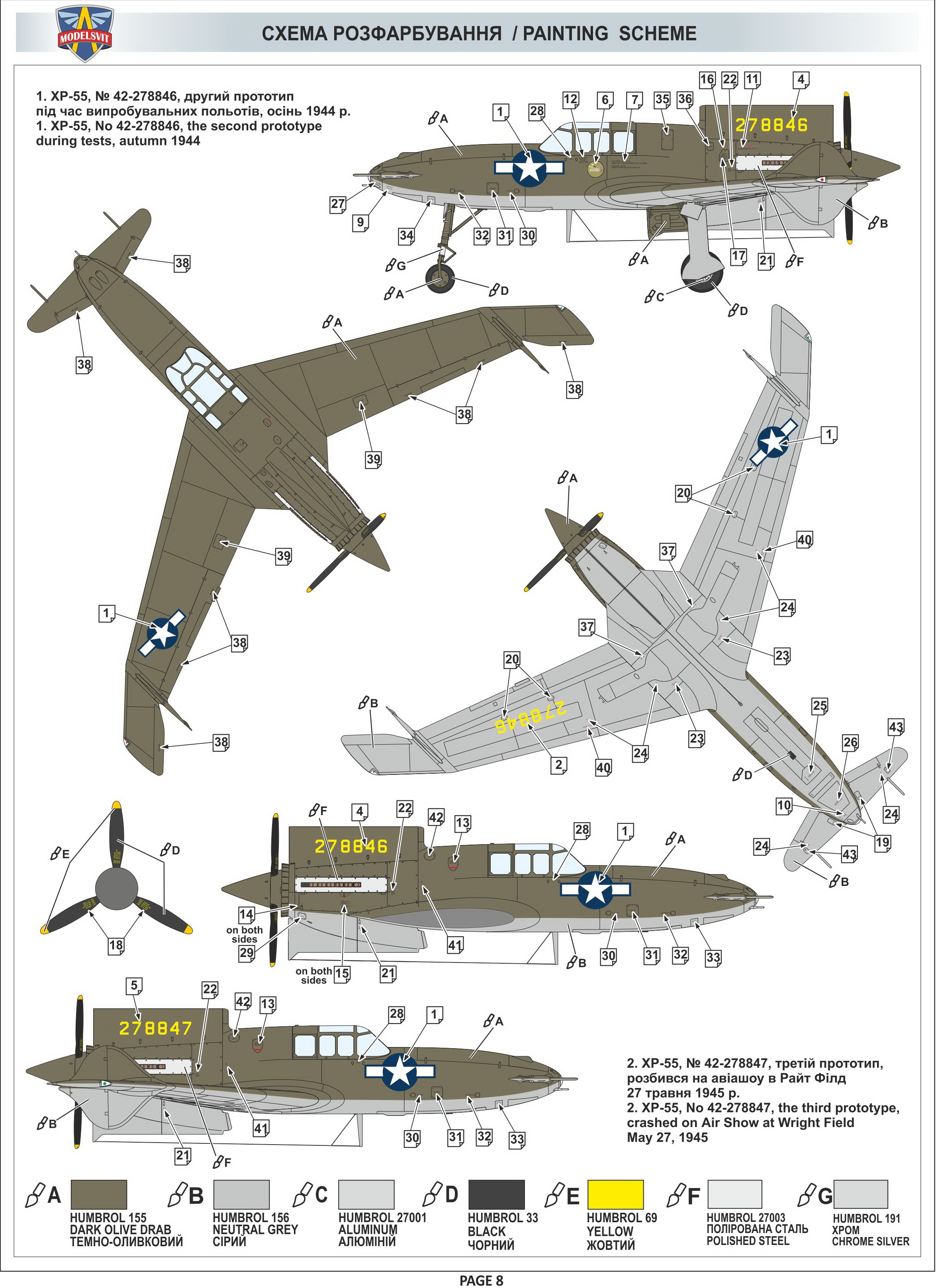 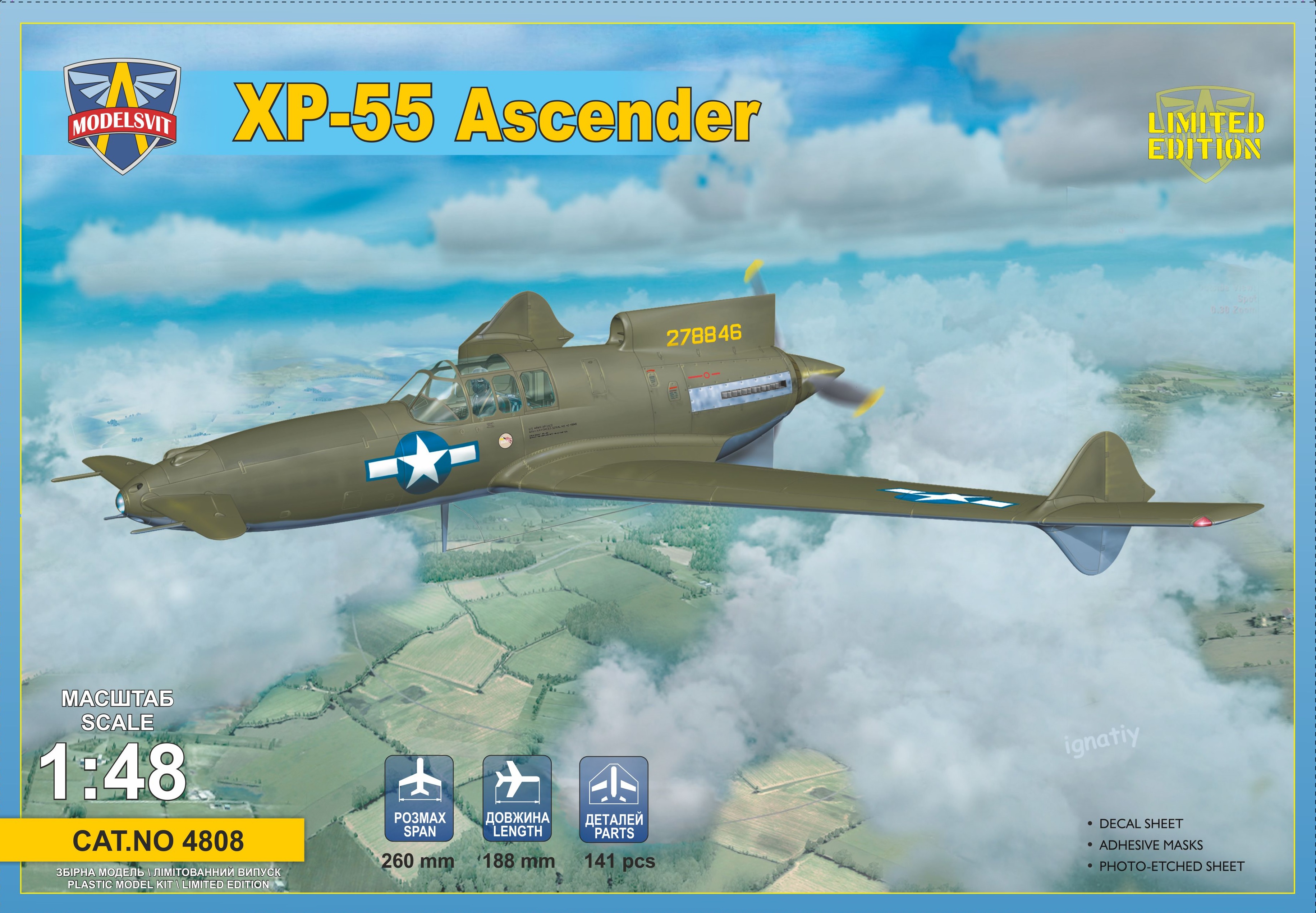