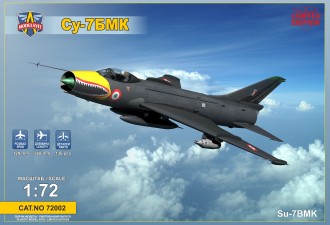 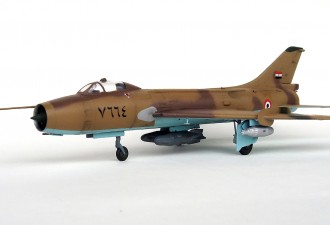 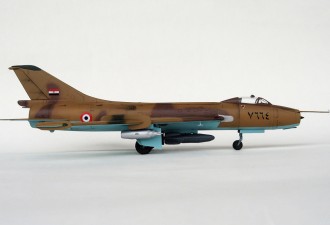 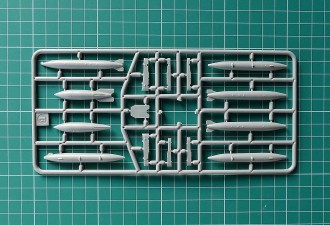 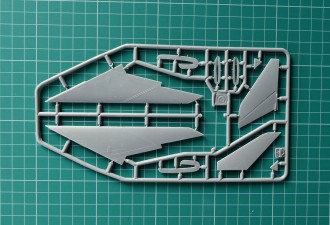 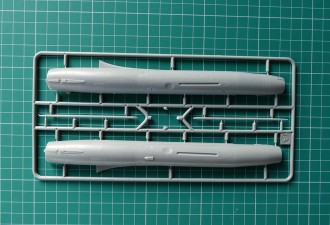 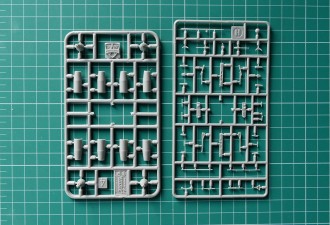 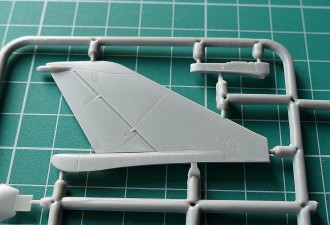 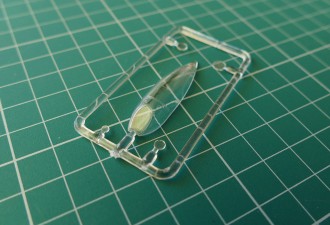 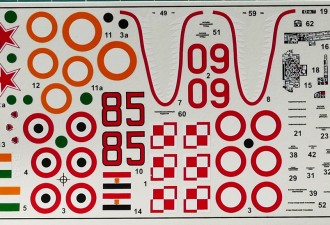 The Su-7BMK (K" standing for "commercial" in Russian) was an export version of the Su-7BM fighter-bomber, equipped with additional brake parachute, powder boosters and armament hardpoints. The first batch of this aircraft was delivered to Egypt and took a part in the Arab-Israeli War of 1967. A total amount of 441 aircrafts have been build till 1971 ,delivered mostly to Egypt, Syria, Iraq, India and Algeria. 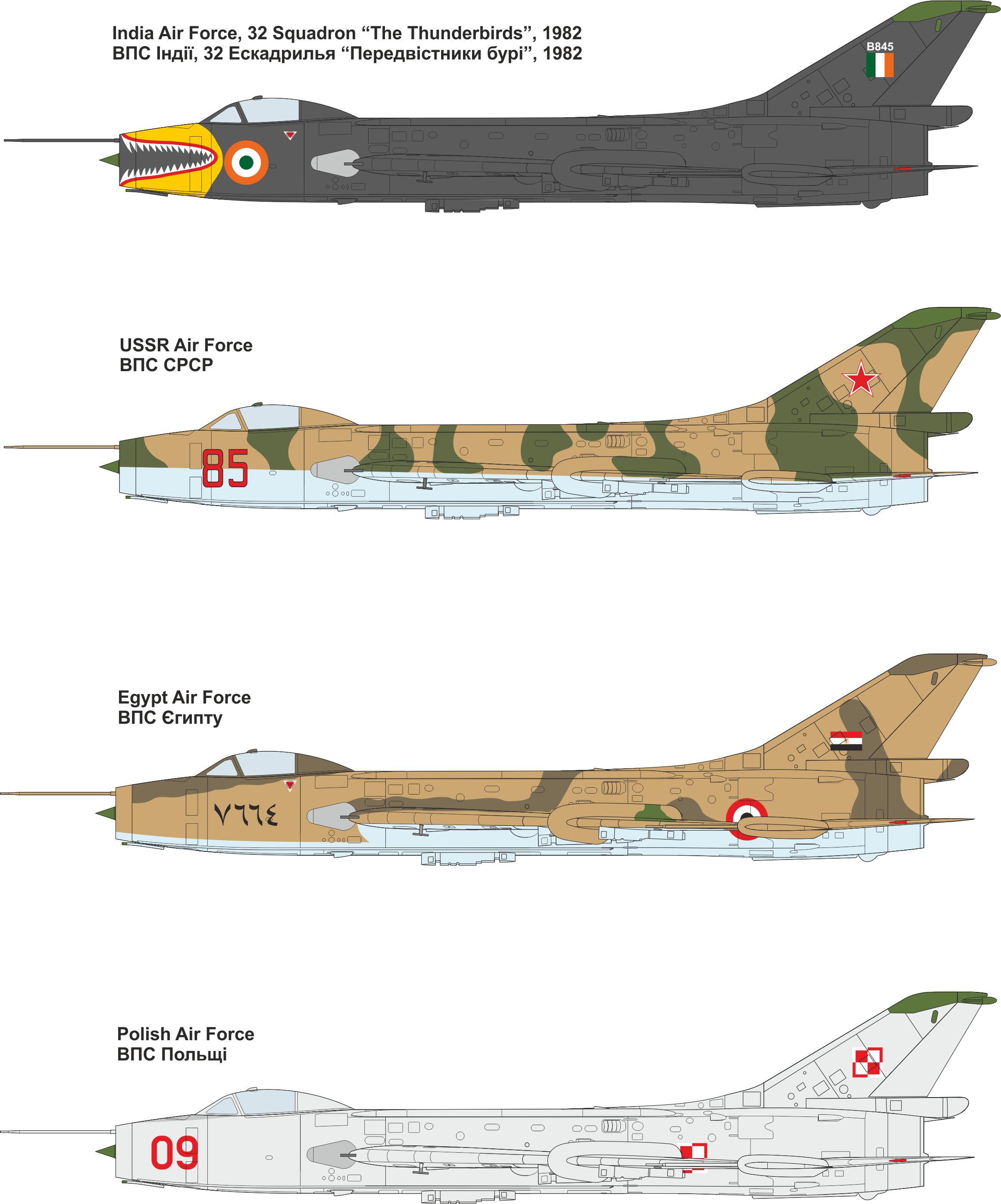 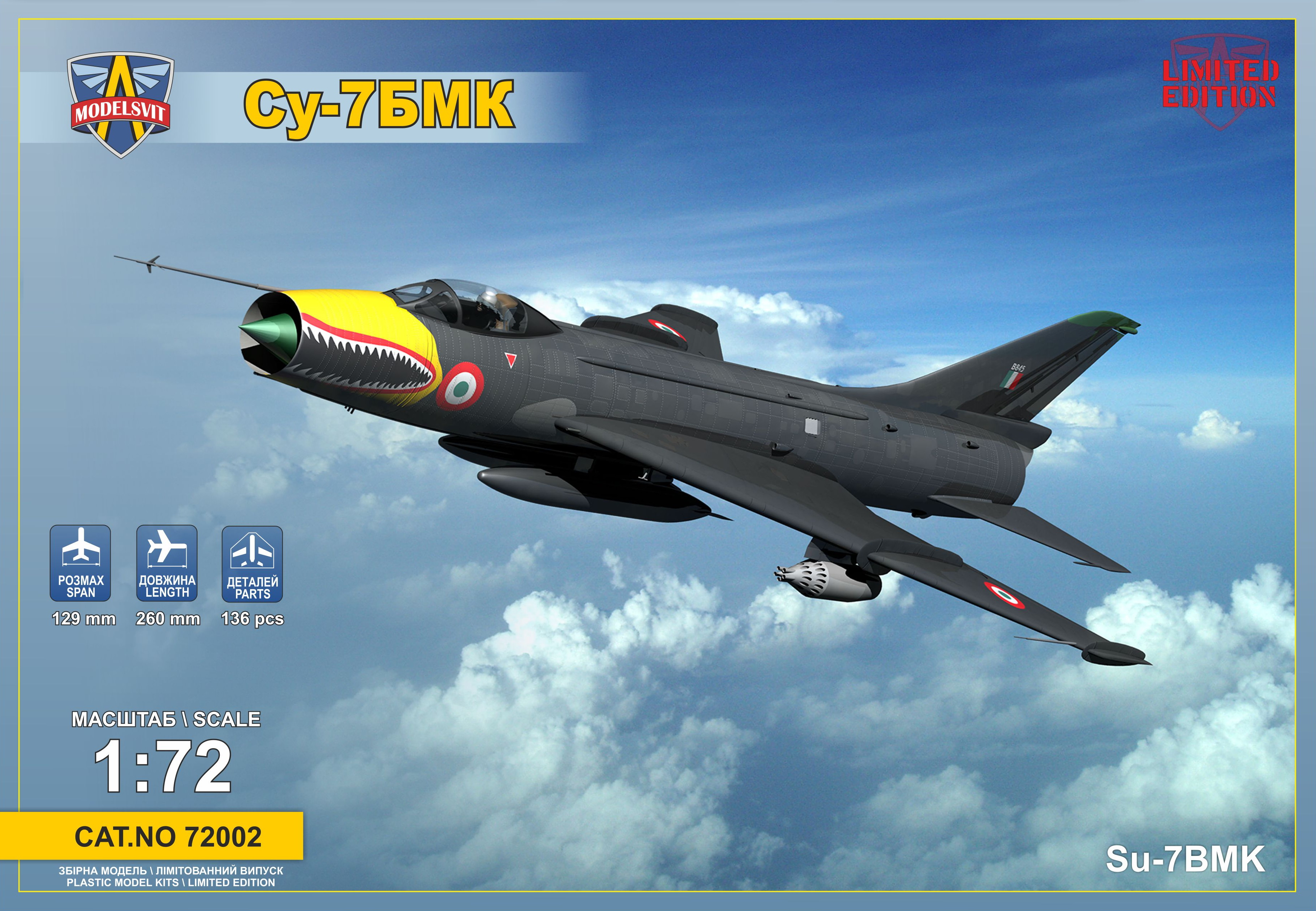