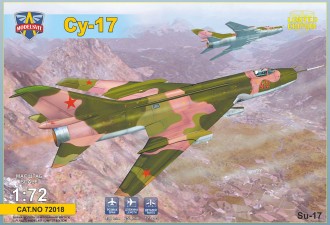 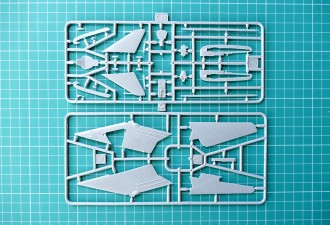 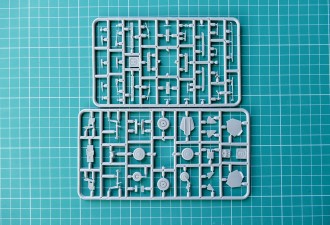 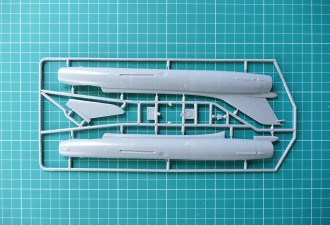 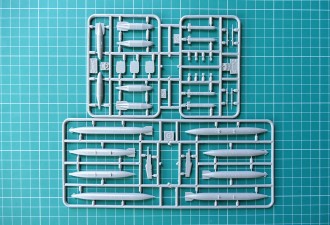 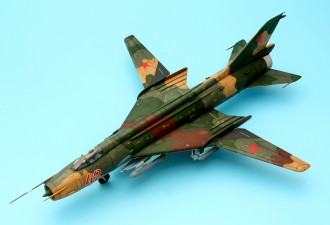 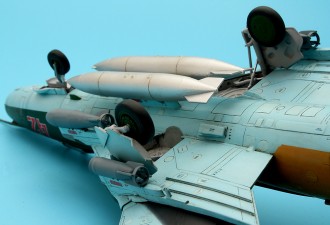 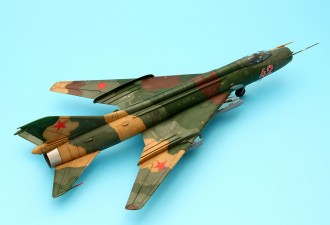 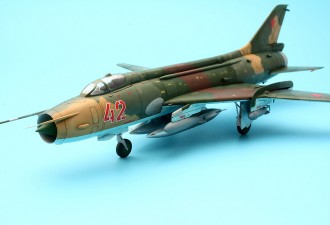 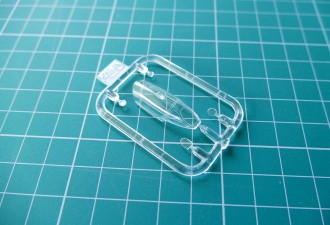 The Su-17 is a Soviet fighter-bomber with variable-sweep wing, further development of Su-7 by the Sukhoi Design Bureau. Apart from the new wing, it differed from the Su-7 in having a new canopy, improved KS4-S32 ejection seat and a dorsal fuselage spine for additional fuel and avionics. Its first flight was made on 1 July 1969 by test pilot E. K. Kukushev, one year later the Su-17 entered service with the Soviet Air Force. 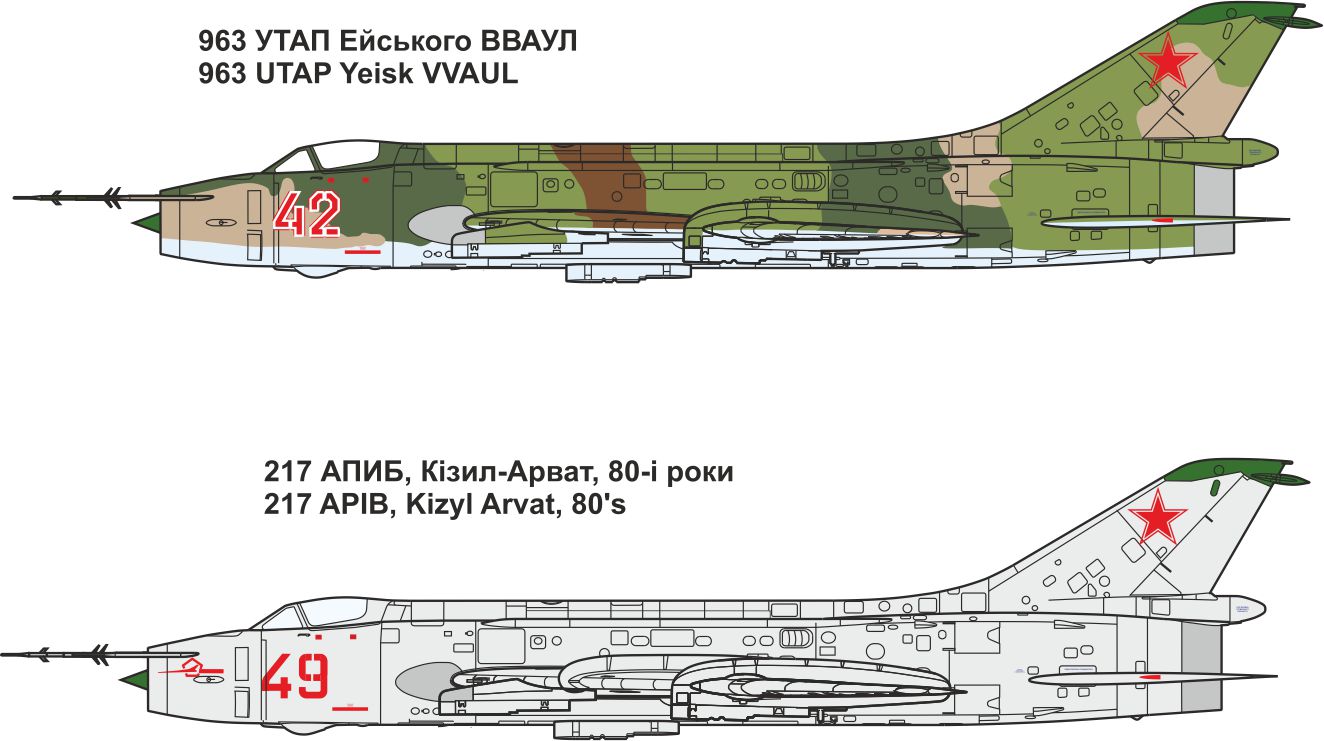 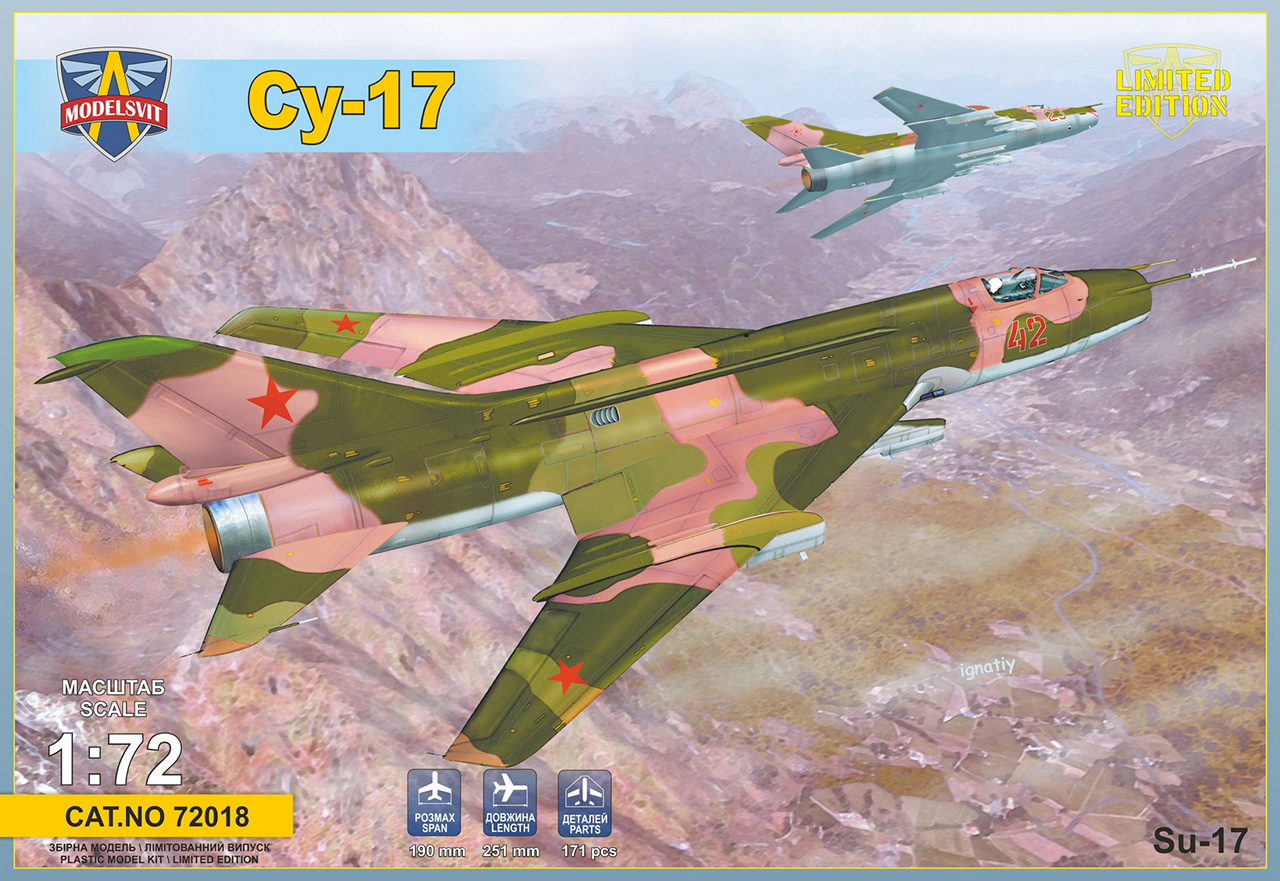