The Permit-class (named after the SSN-594) submarines, originally known as the Thresher class (till the loss of SSN-593 ), were a class of nuclear-powered attack submarines in service of U.S. Navy from the 1960s until 1996. The ships had Mark-37/-38 torpedo tubes moved to the middle of the hull, BQQ-2 or BQQ-5 modernized sonar system, the maximum weapons load of 23 torpedoes/missiles or, theoretically 46 Mk-57, 60 or 67 mines. 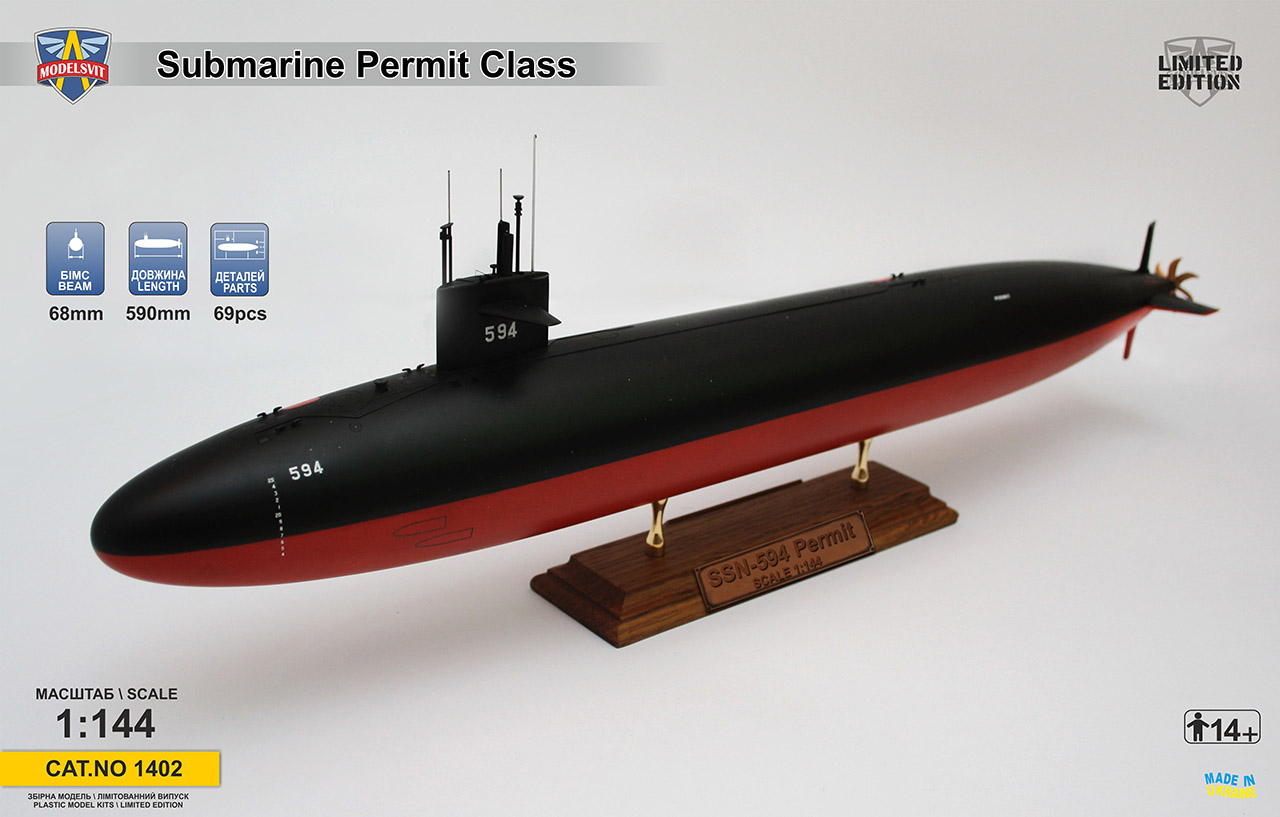